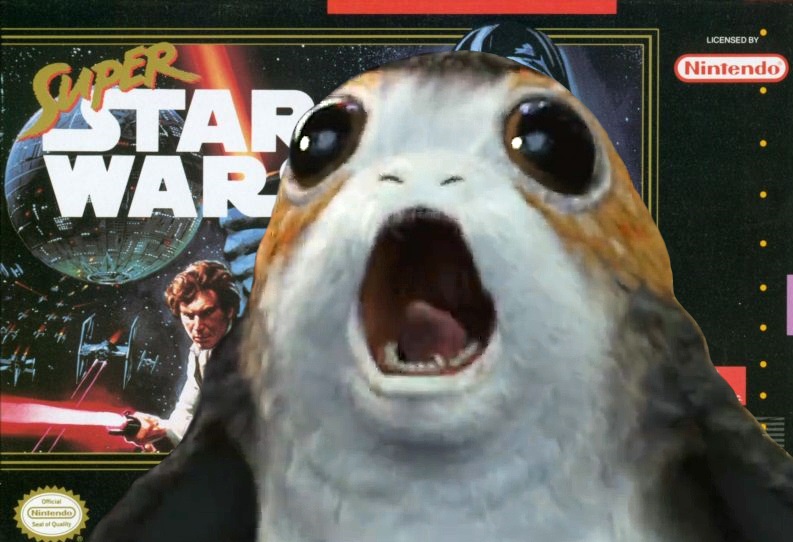 With all the recent furor around Star Wars: Battlefront 2, it’s easy to forget how many other Star Wars games we’ve had over the years. Some of them were great. Some were terrible. All of them, without fail, would have benefited immensely from the inclusion of Porgs. All the Porgs. All the time. Porgs. 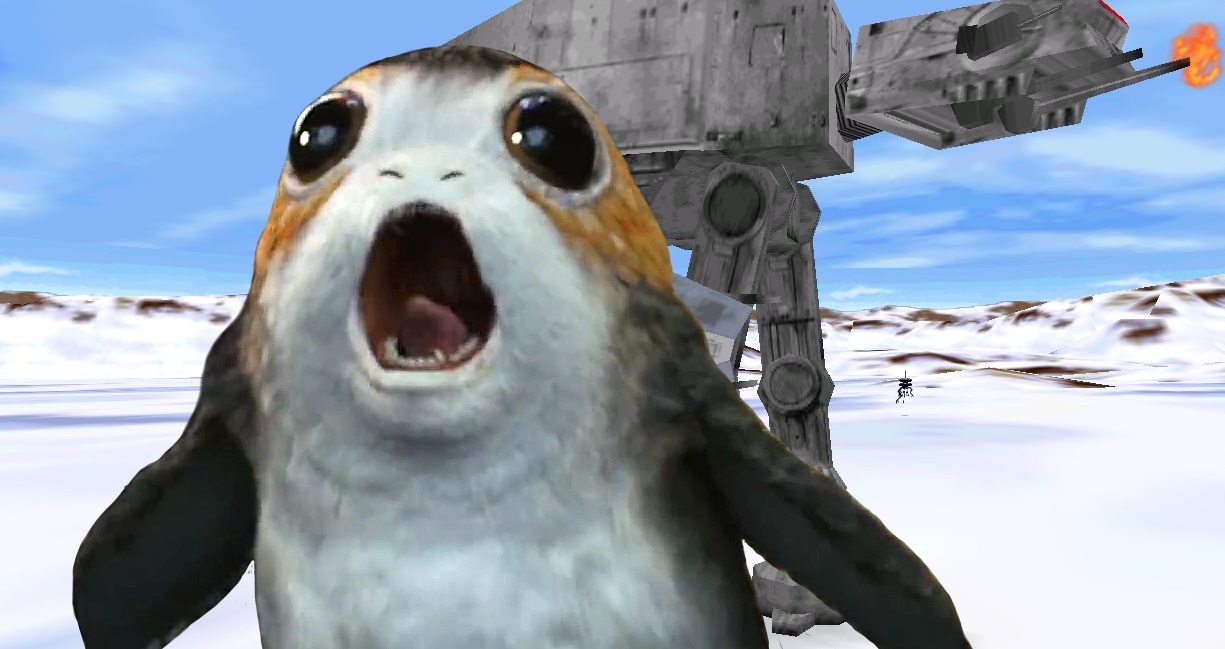 Shadows of the Empire was a 1996 N64 title, launched as part of a multimedia project which included a book and the obligatory deluge of shaped plastic. The game itself was a mixed bag. It had a great opening level, letting you take down AT-AT’s by tying their legs up with a rebel snowspeeder. The rest was kind of forgettable. But you know what would have made it an instant classic? Porgs. Fucking loads of them. 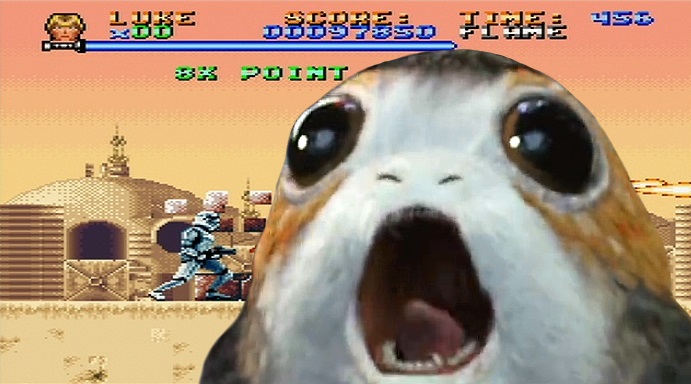 I honestly cannot look at screen shots of 1992 SNES title Super Star Wars without getting all nostalgic about how terrible I was at games as a kid. In my defense, Super Star Wars does have a bit of a reputation as a controller hurler, but I still cringe when I think about how long it took me to even see the second stage on this one. What it needed was something adorable and fuzzy to take the edge of all that frustration. I suggest Porgs. 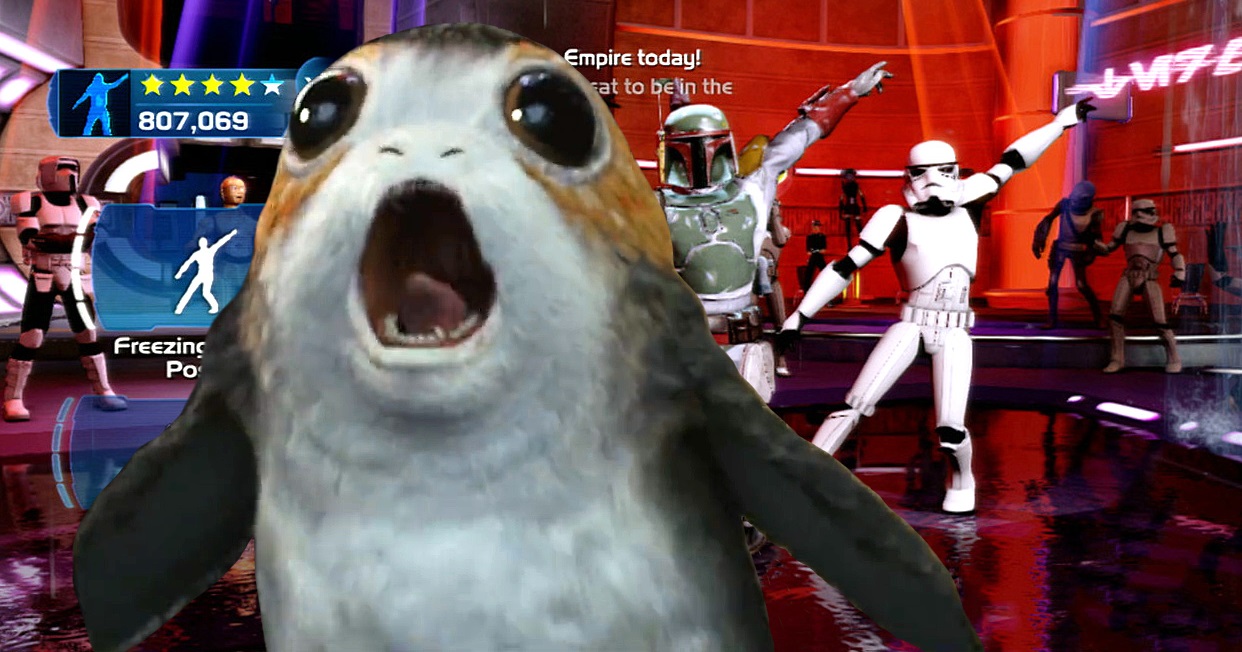 Kinect Star Wars. Burn this hot garbage to the ground. Dance in the embers. Recombine the molecular structure into a celebratory totem of the world’s biggest Porg. Add more Porgs. 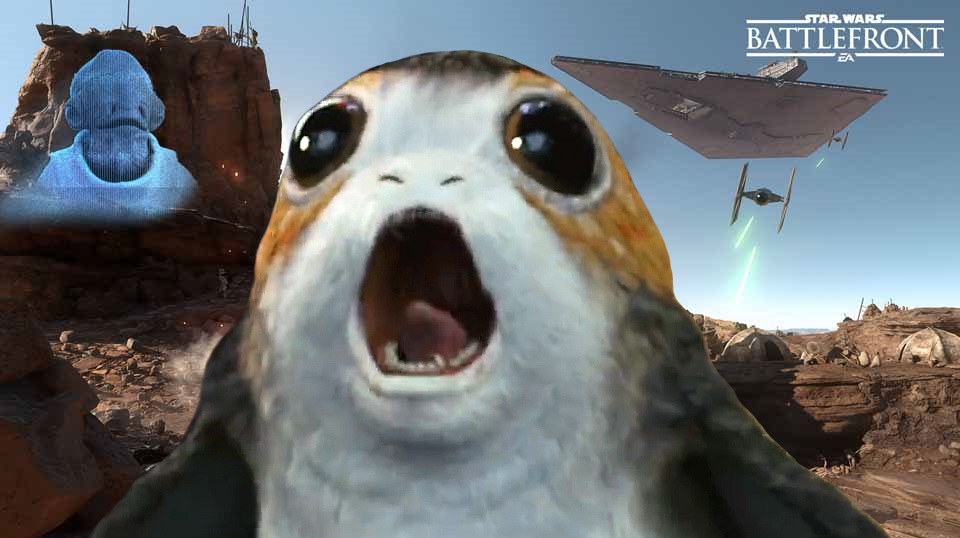 Star Wars: Battlefront. It genuinely upsets me that we’ve got to the point with gaming where some of the most high profile releases are remembered not for their outstanding technical achievements, but for the questionable business practices that surround them. It’s time like this I wish we could just all get together, hug it out, and remember the true meaning of Christmas. Which is Porgs. 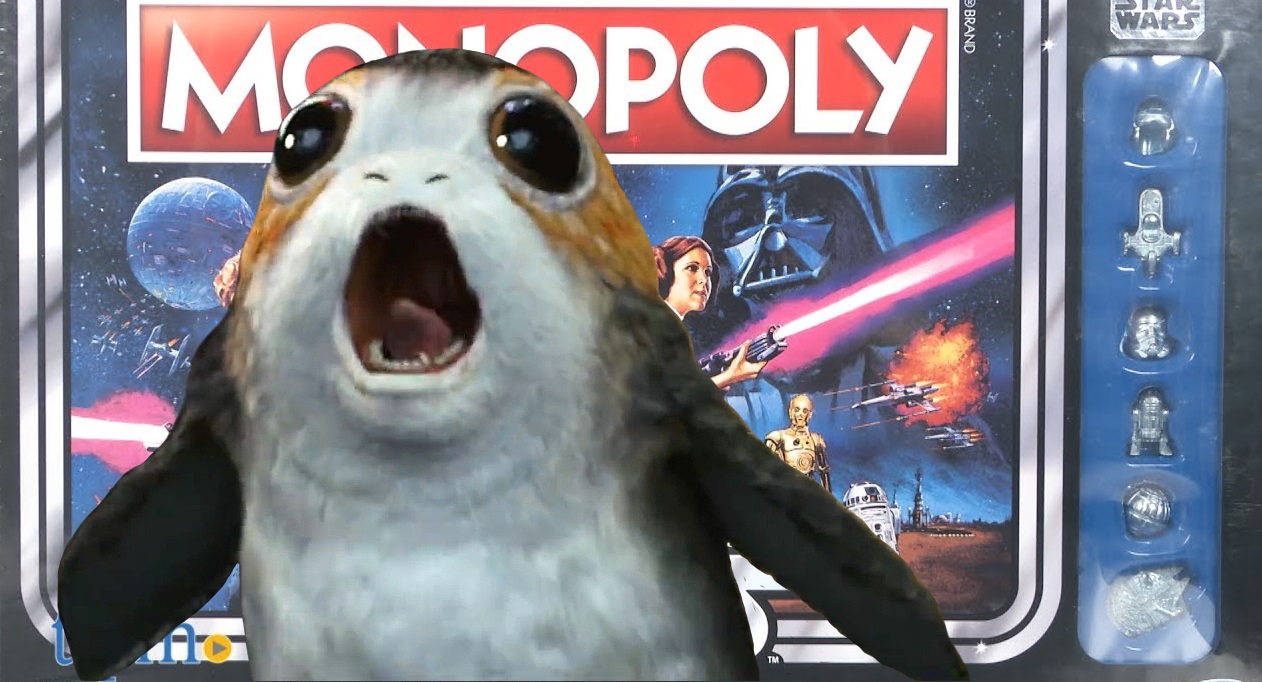 Star Wars Monopoly is not a videogame, is it? Still, couple of Porgs wouldn’t have hurt.