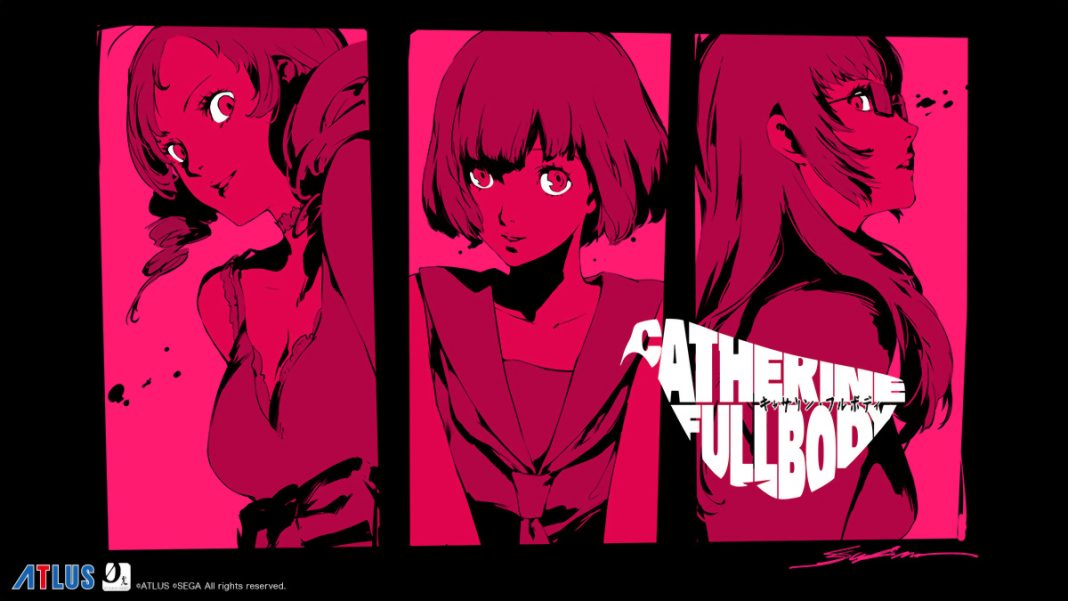 Catherine is getting a remake and adding new content, which sounds really cool considering it’s an additional storyline. The mood is soured when you remember how transphobic Catherine is, and it looks like it’s being made worse with the addition of this new storyline. The new story involves Rin a new romance option for the lead character Vincent. Rin from the looks of the trailer, is a trans woman.

Before I dive too much into Rin, let’s look at how things went wrong with Erica and why the first sandwich needs to be fixed before making a second, worse one. Erica is the red headed waitress at the bar Vincent our protagonist frequents. She is the first to tell him the story of the Witch and the Nightmares that are plaguing unfaithful men.

These nightmares are where the gameplay of Catherine happens. Vincent navigates puzzles by pushing and pulling blocks trying to climb to the top. These nightmares, though, only happen to cheating men, and Erica. Yep, they make the trans woman have male exclusive nightmares, which means to the writers Erica is not seen as female or truly a woman.

During the true ending she is deadnamed and shamed by her friend and sexual partner Toby. Toby says “you used to be called ‘Eric’” and mentions he regrets sleeping with her and losing his virginity to her. She is being shamed and given nightmares because she is seen as a guy and seen as tricking a man into sleeping with her. Even though the build up to the whole thing is littered with Toby flirting with her.

Lastly she is misgendered several times through the credits, manual, and the Venus Mode Art Book (deadnamed here as well). In the artbook her body type is referred to as “surprisingly broad shoulders” and her sex is male. It’s very clear that she is not treated as a woman even by her creators. Almost like she was made to be negatively represented rather than through simple ignorance.

It’s easy to say that this info doesn’t change anything about her and that it could do no harm to her as a character. But these already warp the opinions of fans on the character and by extension trans people in general. Many sites have drug her through the mud for “tricking” Toby, and referring to her as mentally ill or delusional. If this bad representation doesn’t create new hate it at least perpetuates old hate.

It’s pretty bad and if she wasn’t a kind, caring, and human character this representation could have been a lot worse. Onto the new stuff though, the new trans character for the remake is Rin. There isn’t much known about Rin besides what is shown about her in the trailer. Her sex isn’t even actually known and we have been going based off of her appearance in the trailer. But she is romanceable so we at least know she identifies as female because Vincent’s other romance options are all female too.

Many of the scenes in the trailer have this focus on what’s below her waist. Showing a few shots of her lower stomach and lifting her dress (seen above). Like they’re intentionally keeping something “hidden”. Further into the trailer they show Rin nude, censoring what’s below her waist with the back of Vincent’s head. Then pans to Vincent with a look of horror and shock on his face. As if something shocking was revealed.

If Vincent truly is shocked and disgusted by Rin then this is a serious issue. This reaction would normalize Vincent’s reaction, but they could fix it to make the ending with Rin as nice and trans friendly as possible. Show that Vincent’s reaction was a bad one. It’s weird, when you consider that Vincent is a longtime friend of Erica’s. He has known Erica since before her transition, yet he would have such a reaction to another trans woman?

Considering Atlus’ history of representation I doubt that will be the outcome and it makes me wonder why they even put LGBT characters in their games let alone just Catherine. Their poor representation seems almost intentional at this point.