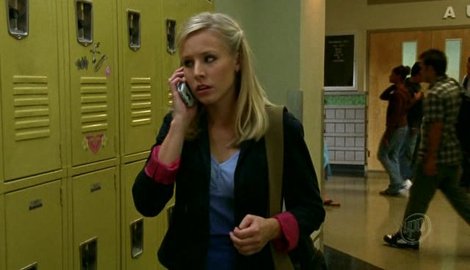 Man I’m so tiffed, nobody wants to buy my Global Game Jam game. The game is an experimental walking simulator called The Phone Call, where the gameplay solely consists of walking up and down the stairs while talking to your mother on the phone about your feelings.

I’ve emailed just about every game publisher in North America about gifting them the privilege of releasing my game out to a mass audience, but no bites. It’s unbelievable! There are infinite possibilities for The Phone Call‘s future. DLC, easy. Boom now you’re talking to your dad on the phone. Season passes, even easier. If you don’t pay for a season pass your phone carrier cuts you off. Online multiplayer, I’ve got you covered baby. You’re just talking on the phone next to other people talking on the phone.

A Sidekick to the Head

Did I mention that the phone is a T-Mobile sidekick? That’s right, it’s a fucking period piece. If this was a movie it would have won five Oscars by yesterday. Gaming industry catch the hell up.

I mean, we didn’t win any awards at our game jam site, but that’s only because I’m not a hack making AAA sheep garbage. I’m a visionary. I understand that art is a reflection of life and around fifty percent of my life consists of me walking in my apartment building’s stairway, so my four roommates can’t hear me, talking to my mother on the phone.

When you sheeple game publishers wake up, feel free to hit me up. Starting bid is $5 million. Notch sold Minecraft to Microsoft for $2.5 billion, so my price in comparison is a real steal.