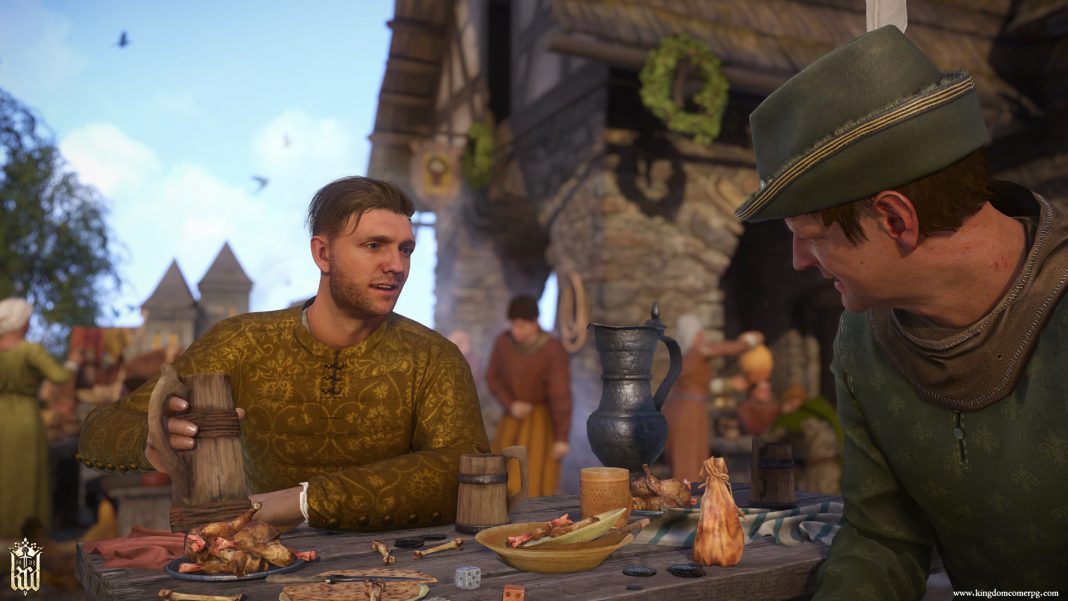 Kingdom Come: Deliverance is coming out this month. That struck me as sort of weird, given that February is Black History Month, and Deliverance has failed utterly to include any people of color (PoC) in their white man power fantasy game. Surely, a development team that touts itself as being dedicated to “historical accuracy” in their game would have done some simple research. Surely the head developer at Warhorse Studios would never have done something as skeezy as responding to valid criticisms with xenophobic tweets!

No, I’m sure the folks working on Deliverance just need some last minute advice for how to include people of color in their game. So, here you go, Warhorse: Just a few character concepts that could add some representation to your game without compromising your precious “historical accuracy”: 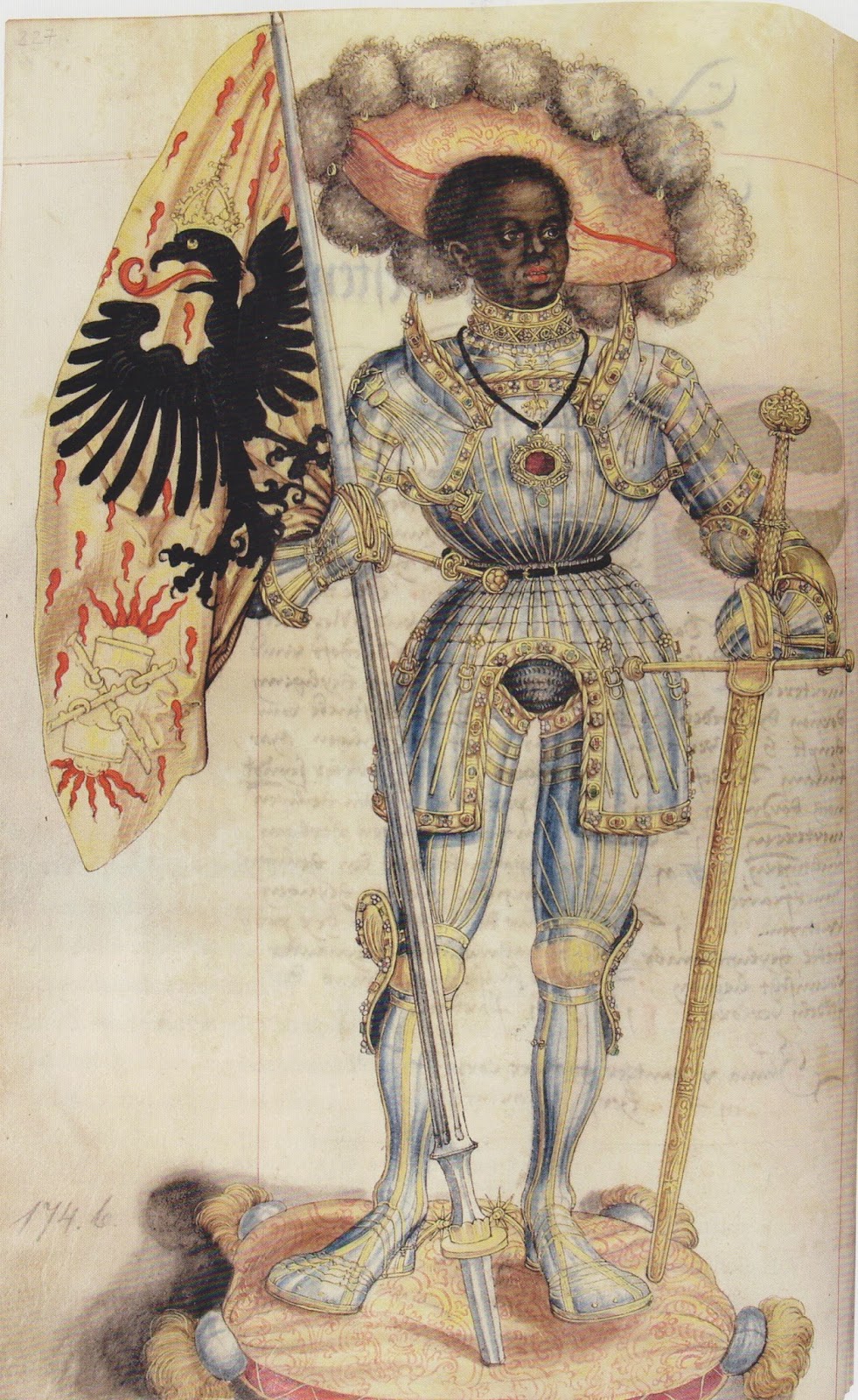 This is a game about knights, right? Among the various armored men swinging swords at one another, it would probably be easy to include a few PoC. I’ve even provided a basis for a historically accurate character design! The image above is identified as Saint Maurice, a Theban martyr venerated as a patron saint of the Holy Roman Emperors. Saint Maurice appears in art from as early as the 10th century. Often, as above, he’s bearing the Imperial coat of arms. So, historically speaking, medieval Europeans had no problem with the concept of PoC serving in their knightly orders. 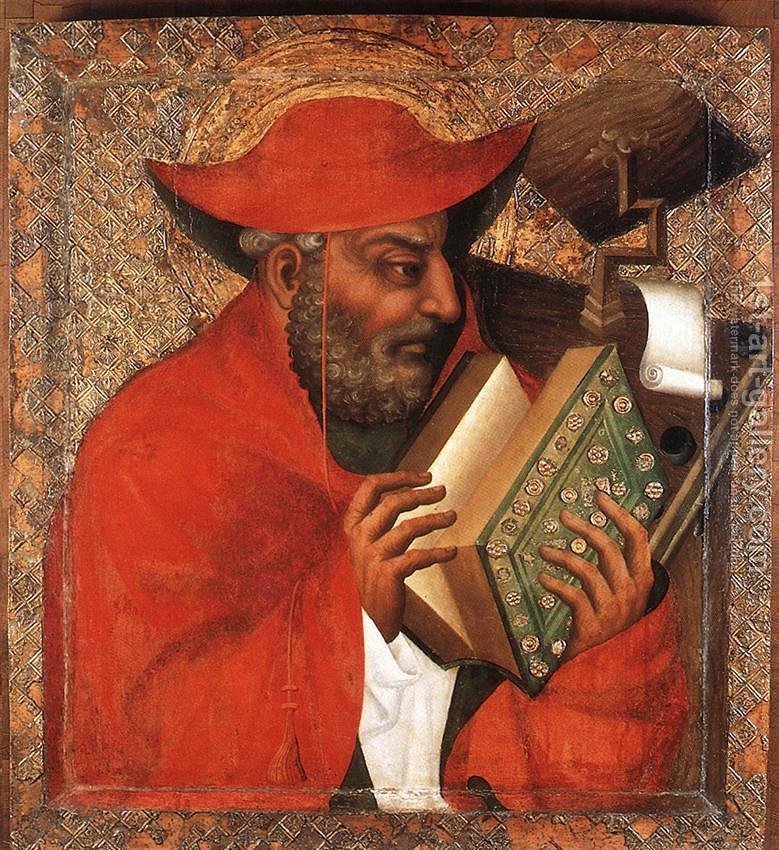 Taking place in 15th century Bohemia means that Deliverance will coincide with the early days of Jan Hus at Charles University in Prague. Europe’s early universities were among the most ethnically diverse locations on the continent. This would be an ideal site for historically accurate representation. The above image is by Theoderic of Bohemia, a 15th century scholar and artist who had no qualms about portraying Saint Jerome with a darker skin tone. Historically, it looks like medieval folk were pretty comfortable with the idea of PoC in the academic sphere, as well.

A Blacksmith, Merchant, or Townsperson

If medieval Europeans were so comfortable with depictions of PoC in their art, does that mean that PoC were a part of everyday life in the middle ages? Unfortunately, we don’t have strong evidence one way or the other. The fact is, we don’t have much evidence about any aspects of day-to-day in the middle ages. We do know that PoC traveled throughout Europe frequently under the Roman Empire as soldiers and settlers. It’s unlikely that they simply disappeared.

What it comes down to is a matter of what base assumptions medieval historians choose to make. Warhorse and their rabid fanboys refuse to recognize that their assumption of “white until proven otherwise” is indeed an assumption. It’s a rather sweeping one at that, but it’s become privileged as centuries of white historians have nodded along. Meanwhile, they get to shout down any framework as “revisionist”. It’s academically lazy at best, if not blatantly suppressive. But of course, we already know it’s not really about historical accuracy.

Ultimately, Warhorse is going to stick to its racist guns, as are their fans. The issue of representation in gaming won’t be solved by dialogues or articles on the internet. But I promised a solution. A decent start though is to avoid buying games like Deliverance altogether. Even better, you can spend your money supporting games developed by PoC. Without backers, Deliverance wouldn’t exist. The simple fact is that without support, representation in gaming won’t exist either.

Lucia's an avid RPG gamer with a soft spot for old-school titles, the clunkier the better. They're also a part-time dungeon master and full-time tabletop enthusiast. On the off-chance they're not busy thinking about magic swords, they're probably on a desperate, mindless scrounge to find another cup of tea.