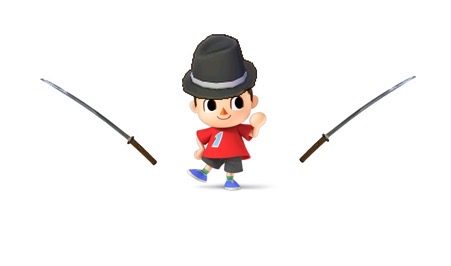 An extract from the diary of an Incel in Animal Crossing:

Moving to a new town, leaving the human world and its petty focus on attractiveness behind. I’m going somewhere where I’ll be appreciated as the nice guy that I am.

In Incel City, the population is all animals. I’ve always preferred animals. They don’t judge you for not being 6 ft 5 in. They don’t enforce their normie hygiene standards on you; even though everyone knows women like the musk of men’s sweat. Unlike the stupid shallow monsters in my current town, they’ll respect me for my superior intellect.

I’ve been thinking about what kind of job I can do once I’ve arrived. I haven’t bothered to actually look for any work yet, but I’m confident I’ll get the sort of position I deserve. I’m sure I’ll have my pick of jobs thanks to my knowledge of STEM; something I’ve read extensively about on Wikipedia.

My train journey was going smoothly untill this guy arrived. His name was Rover and he forced himself on me, then started quizzing me.

Where am I going? What’s my name? etc. Is he so stupid he asks such basic questions? Clearing this Cat doesn’t belong in the Incel and high IQ friendly town that I’m travelling to.

I explained the situation to him. There had been some incidents so my mum doesn’t want me in the spare room anymore and I’d lost the court case. How I’d read about this town on an Incel forum. But he just carried on with his inane questioning. Is he really so stupid that he continues trying to be friendly while I’m muttering about his unbelievably low IQ?

He just kept going with his questions, like have I visited before, and do I have a house?

I very calmly explained the entire situation to him, and why he should leave me alone or face my wrath. I’ll stress that I did all of this very calmly. Explaining the hailstorm of pain I’d bring on him in the pleasant polite manner I talk to everyone.

There was then an exchange about whether or not I was being rude, if I had thrown things at him, why I had a sword, that it didn’t matter what I called the sword just stop threatening him, why was I acting like this, etc. Things were said, I might have attempted to get rid of him by force. I remained calm even as Rover had me ejected from the train. This is just the sort of prejudice I’ve faced everywhere.

I’m now mayor of Incel City! I got off the train and the animals welcomed me as their mayor. They did seem to think they had spoke to me before, which didn’t happen. But their pathetic delusions aside, they instantly recognised me as their intellectual superior and all round nice guy. Then they put me in charge of the town.

As Mayor I have for some big plans for Incel City. I’m going to make it into a paradise for opressed straight white males like myself. We have been shunned and persecuted everywhere, but not here!

I will build a town for us, the nice guys made into Incels. I’m going to make a space where we wont be harassed for speaking our minds, and denied our basic rights.

The local real estate agent was a shifty looking raccoon. A total cuck. He’s going to build me a house, didn’t even name a price! The idiot never even saw me coming. I’m going to build a palace and negotiate him down to a minuscule price! Tonight I’m sleeping in a tent, which is a bit below me but at least I won’t have my mum constantly asking me to “take out the rubbish”, “wash”, or “get rid of those disgusting pony jars“.

Building a Town for Incels

I’ve spent the rest of the night drawing up some plans for what the town will look like in a few months’ time. This is what I’ll be working towards as Mayor. Tomorrow I will meet the villagers, but for now I have too much planning to do.

I’ve reproduced the map here so you’ll see how Incel City will eventually look. As you can see I’m a fantastic town planner, I will build all of the essentials and properly regulate romance. The monument might seem a bit much, but once i’m done with this town your’ll see why I need one. The Romantic Partner Assignment Centre will assign each person a romantic partner, this will finally make things fair for an Incel like me. Some other additions are just things to make life here liveable. Papa Johns, a vape store, and somewhere to practise Katana skills and see Superhero Movies. These are the foundations of a successful society.

I am building a Utopia for Incels and nice guys. Finally somewhere with a straight white male in charge.