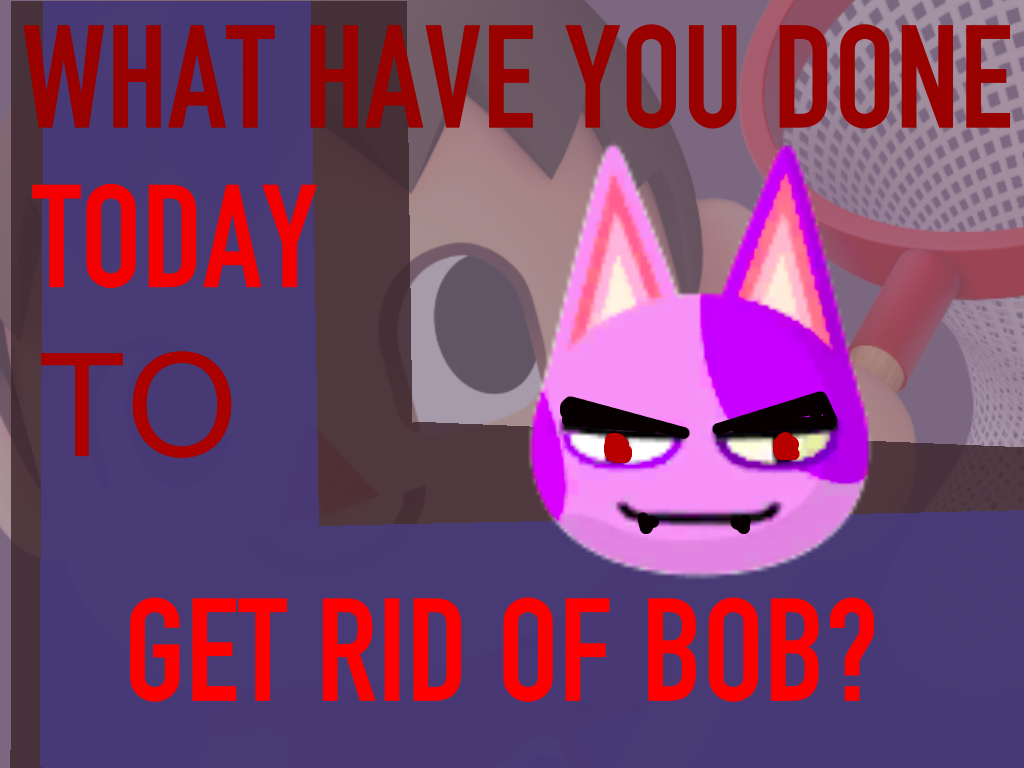 Further Extracts from the Diary of an Incel in Animal Crossing plagued by cats..(Continued from)

I have now introduced myself to most of the residents and I think I’m beginning to figure each of them out. It’s been a disappointing experience, I had hoped to find intelligent animals, but most are just as dumb as the normies I left behind.  Once my plans for building Incel City into a paradise come to fruition, they’ll either have to fall in line or leave to make room for enlightened individuals. That they didn’t live up to the versions of them I had imagined has hit me hard. I’ve been sure to explain to each villager why they are such a disappointment to me to try and fix the situation.

I’m also beginning to grow frustrated with my position as Mayor. It seems very hard to get anything done. As a libertarian I’m against bureaucracy and basically anything that gets in the way of me doing whatever is necessary to force the residents of this town to be the people I want them to be. I’ve been getting some pushback from most of the villagers on the Romantic Partner Assignment Centre. I’ve decided to form a police force to help enforce this.

One of the first villagers I met was a Bird named Robin. She was vapid, stupid, and only cared about looks despite being ugly herself. No personality. From what I said to her I’m sure all she thinks about is other people’s appearances. I’m also entirely out of her league! Far too good for her. Awful, Awful bird. So intolerable someone like Bob (we’ll get to Bob) is probably her looksmatch.

I explained this to her after I visited her house unannounced to make sure no one had broken in. She didn’t seem happy about this, even when I explained that she should be happy that a man was protecting her! All she cared about was that I had smashed a window to get inside.  I politely and calmly explained to her that I was mayor and was allowed to come in and watch her sleep whenever I wanted. She forced me out of the house, but I think I demonstrated who is the boss in this town.  This is another problem my police force should fix.

I told Tex, a penguin, about this later and for some reason he took her side. These animals are going to need some serious re-education if I’m to save this town. All people in the world fit into a few types and don’t have personality outside of this. To save time I’m including my graph of each villager, it should tell you everything you need to know about them.

One of the villages really stands out, and not in a good way. A cat named Bob.

All Cats Are Vermin

After my experience with Rover, I’m apprehensive about cats. I don’t want to judge an entire species on the basis of one annoying, ugly simpleton. However, the more I spoke to Bob the more I realised this was true. All Cats are stupid, ugly, useless, vermin. I’m outraged that they think they’re capable of living among us civilised decent people.

With an open mind about Cats, I met Bob. He was catching fish and wanted to introduce himself to the mayor (fucking right he should). After talking to him for a few minutes it became clear he was a complete idiot. Really, really, stupid. Not only stupid, but dangerously moronic.

Bob spent 30 minutes yelling every thought that popped into his head. The jerk even asked me to catch him a fish. I warned him that as Mayor I had the right to deport him if I wanted too. His response to this was a desperate attempt to win me back over. He invited me to his house.

A Final Solution to the Cat Problem?

Bob’s house was full of kid’s furniture. He really is ridiculous. I got the impression that he was mocking me, he kept calling me Mr. Mayor is a sarcastic tone. (when the Bulletin Board clearly stated I was to be called Sir) I drew up the deportation letter right there and then. If you let cats stay in a town they’ll drag everyone else down with them. That’s basic, everyone knows that.

I’ve decided that all Cats are inherently useless and stupid creatures, a waste of my time. I’m going to ban them from even visiting Incel City, they are a plague that I must contain. I’m sure that’s within my power as Mayor, I’m not suggesting imprisoning them or anything, that would probably be a step too far. (Or would it? Maybe if I had that police force already I could just lock Bob up where he cant cause any harm) But I will ban them from the city, you can’t build a paradise for Incels with these chad morons wandering around, the entire species will ruin my town.

I spent yesterday at home discussing the cat problem with others on my Incel forum. I’ve came to the conclusion that it’s the fault of cats that people won’t have sex with me, once I’ve deported them all I’ll get what’s owed to me. With this in mind I set about solving the main problem in Incel City, the existence of Cats.

I called all of the villagers together to tell them about Bob’s deportation and show them my PowerPoint presentation that explains why all Cats must go. I also put up some signs around the town that reminded people of the status of Cats and that they can’t move in. Zero tolerance for felines, especially Bob.

They reacted horribly. Called me a cat racist, like that’s even a thing. I’m not a cat racist, I’m a cat realist. They said I was bullying stupid Bob, and tried to stop me from attacking him with a bug net. He’s a stupid little bug so a net is the best place for him. I am doing them a favour, and yet they all held me back trying to stop me from giving Bob what he deserved.

I had prepared for this, I thought maybe my PowerPoint wouldn’t swing it, so I set about reading the essay I wrote earlier: Cats are trash and we need rid of them now. Well I could tell they were impressed. They each just wandered off part way through the speech. Clearly they’d recognised that they were in the wrong and gone off to rethink their attachment to such that stupid Cat. I’ll win them over, and with Bob gone and my authority as Mayor absolute I can finally get on with actually being the mayor rather than just talking about it and loitering outside robin’s house.