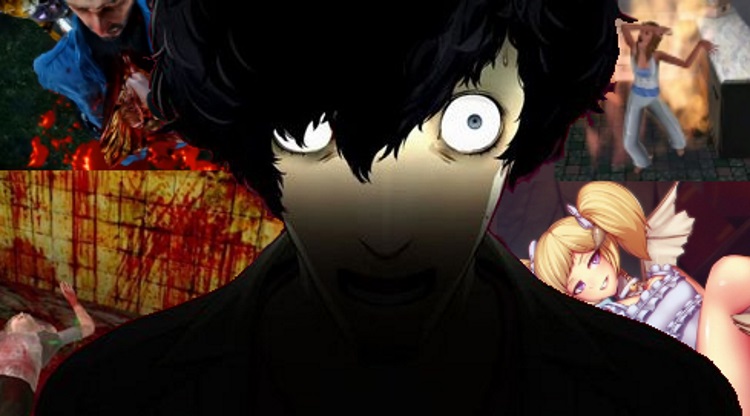 Videogames let us do some pretty fucked up things. Sometimes that’s part of their appeal, after all nobody played Postal for its gripping narrative. It was a rampage murder sim that garnered enough of an audience that it was far from the first or last of its kind. Videogames never made us subversive and terrible, we did that on our own.

“Forbidden thoughts have an intuitive quality to them: It’s the things we’re not supposed to think about that often seem most alluring.” -Paul Roberts, Forbidden Thinking.

Humankind has always enjoyed the spectacle of violence. From gory coliseum battles to public executions, we are intrinsically drawn to anything society claims we should fear and avoid. In a lot of ways gaming has evolved to give us a more personalized outlet for these fixations. It’s still a matter of debate if having this outlet is actually beneficial or dangerous for us.

So, what drives us to seek out the absolute worst things we can get away with in any given game? Arguably carrying out nefarious deeds in videogames allows us to live out our darkest fantasies without upsetting the delicate sensibilities of those around us. We’ve created a safe space for ourselves to commit innumerable taboos without repercussion or consequence.

Most of the studies done on this focus exclusively on violent games. Typically anger-fueled shooters which exist solely to allow players to rack up massive kill counts. As we get older our tastes for what is taboo becomes more refined.

A Bit Of The Old Ultra-Violence

Eventually, it’s not enough to just mow down fields of enemies in Call of Duty. We need to add context to make the massacre mean something. Our desires becomes more perverse and we want to take a more active role in the virtual horrors we inflict.

This is where you start coming across games that are scripted to allow us to delve into darker themes without having to feel responsible. In Heavy Rain you have your character cut off part of his own finger to progress the story-line. It’s both gruesome and necessary, so afterwards your conscience remains intact. You were just doing what the developers intended. This is on them, not you. 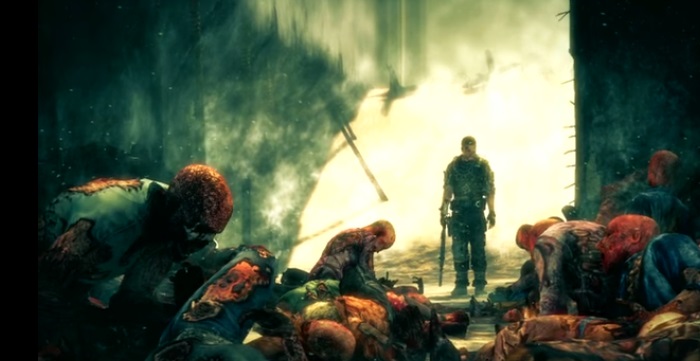 Similarly, when you drop white phosphorus on civilians in Spec Ops: The Line you can view the aftermath of your carnage guilt free because it was part of the story. Ostensibly, this is meant to show the horrors of war, but really it’s just an excuse to see smoldered civilian corpses. Whether we’re sickened or aroused by the gore is a purely personal reaction, but it’s included entirely for our entertainment.

Oddly, the games that are geared more towards shock and violence tend to cater to our more passive obsession with doing terrible things. Sure, these games have us do horrible stuff, but it’s part of the story. Given the choice, we’d gleefully commit far greater atrocities for no other reason than pure curiosity.

Experimenting With The Forbidden

This becomes readily apparent in any game that features moral choices. When games give us the choice between the virtuous path and the messed-up path, we know the developers intend for us to make the right choices. These are the choices that lead to the predictable (often canon) good endings. Despite this, they tend to be the more boring options. Sure, I played through the whole Mass Effect trilogy with a goody-two shoes Paragon Shepard, but you can bet your ass I immediately went back with a Renegade playthrough because being a space asshole is just more fun. 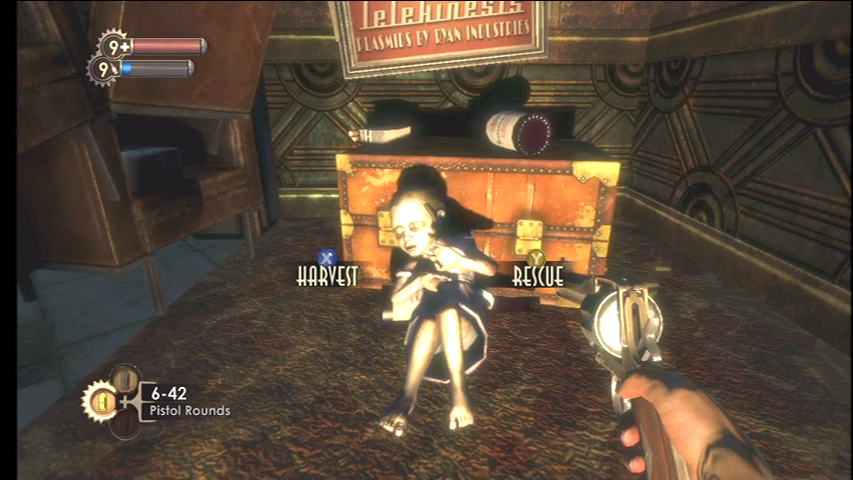 You could argue that plenty of games actually reward you for choosing the bad options. In BioShock you gain substantially more ADAM when you harvest a little sister than if you rescue her. Once again your choice is whether to be a savior or a badass and inevitably, at some point, everyone just wants to play the badass. This is true, even if you gain absolutely zero benefit from it.

Humans inherently find violence attractive and interesting. As such it stands to reason that no matter what games we play we’ll still act horribly. Don’t believe me? Ask someone about the worst thing they ever did to their Sims.

With The Sims series, EA basically dropped a dollhouse into a sandbox. Somehow they were confused when people used it to play act elaborate torture scenarios. The Sims gave people a creative outlet to playact their most depraved ideas. Bizarre basement cult? Sure! You can have an entire house of carnal pleasure and sadism and nobody can tell you otherwise.

Why Do We Love Being Horrible?

So, what’s the point of it all? Some people argue that participating in virtual atrocities has a catharsis effect. Basically, by acting out or even just viewing aggressive scenarios we are able to purge ourselves of these angry feelings and impulses. Unfortunately, catharsis theory has proven to be false as acting on these urges actually rewards our desire for them. Even so, the pleasure we derive isn’t fake. It really does feel good to be bad sometimes, particularly when there are no outwardly negative repercussions afterwards. 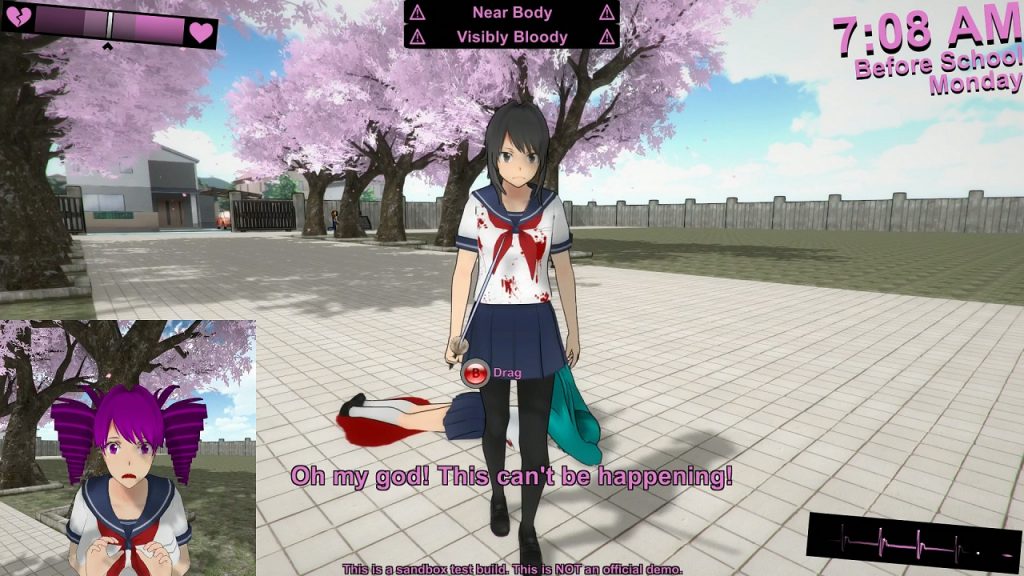 It’s okay to want to do terrible thing within the safety of video games, because thinking about terrible things is just part of who we are. Psychology Today published a whole article on “Forbidden Thinking”  and how our culture doesn’t offer enough constructive rules or procedures for properly coping with these thoughts.

From the article: “Still other researchers theorize that by suppressing a forbidden thought, the brain never gets a chance to fully process the thought. The individual then is never able to see that the forbidden thought is unrealistic and extremely unlikely to be translated into action. In short, without full processing, the thought may remain unresolved and will keep re-emerging in the consciousness for more processing–and more suppression.”

Being Bad Isn’t All Bad

Ideally, if a such an idea became pervasive enough to interfere with your life you’d want to share and work through it with a psychologist. Unfortunately, mental health still carries a burdensome stigma that keeps many people from seeking such help. If your particular forbidden thought is especially horrific and socially stigmatized you’ll have a much smaller audience available to share it with.

Videogames give us a flawed, but available channel to explore even our darkest whims and make peace with them. Writing for a progressive gaming site I definitely have times when I take issue with games that favor shock value over decency. I might (correctly) think Rapelay is trash, but I don’t lose sleep knowing that it exists in the world.

Having these virtual fringe experiences out there for the people who wish to pursue them is important. Hell, me disliking it probably makes it even more appealing. Things are never as interesting as when they’re strictly forbidden or taboo. Go ahead and keep being secretly terrible in video games, it’s safe there.