If all games were downloaded instead of manufactured, we’d save 2.4 billion gallons of crude oil – over four times Italy’s yearly consumption. Just one takeaway from an infographic published last year by Big Fish games. It’s always inspiring to see how far games have come, but as with any consumer good, more sales means more production. More production means more waste, more raw materials, and more pollution. 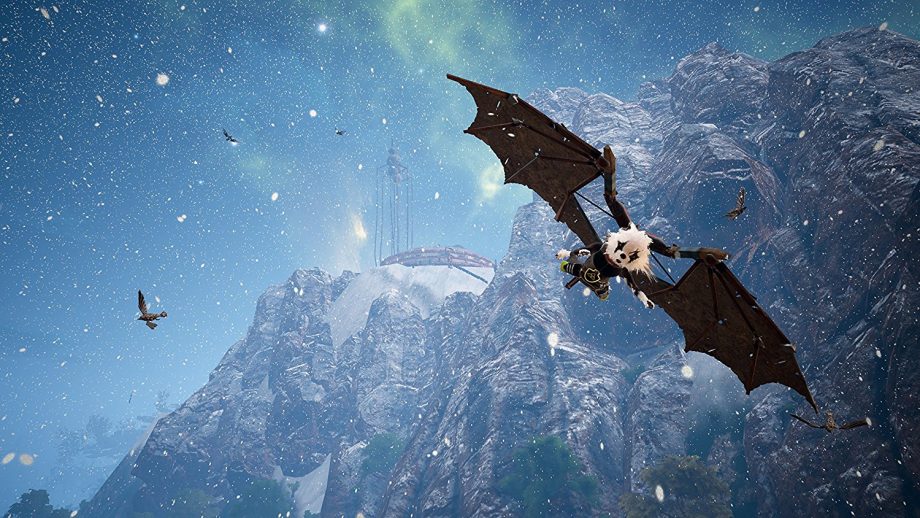 Games that directly deal with environmental impact are few, and perhaps there’s a form of willfully ignorant self preservation in that. Nicole wrote about compartmentalization in her last piece, and it extends to more than how we deal with narrative. I have some great memories of rescuing enslaved Mudokons from the Necrum Mines as a kid, but as an adult, that nostalgia is now inseparable from the knowledge that child labor may have helped build my PlayStation. The truth is, unless you’re a genuinely small scale independent, environmental or anti-business themes run the risk of ringing hollow (Cough, Mr. Robot, cough.)

That said, it’s so comparatively rare that games even attempt this stuff, props have to be given when they do. It’s strange to ascribe such anthropomorphic qualities to a trailer, but if I had to describe the Biomutant reveal in one word, that word would be brave.

Not only brave for its themes, but for having the tenacity to just be straight up weird. To be colorful and whimsical. Humorous and earnest. The sort of off-the-wall character action game that’s usually the sole reserve of Nintendo. It’s an old complaint to talk about how goddamn grey, grimy and grimdark so many big budget releases are – and there’s plenty of other options available -but seeing something as colorful as Biomutant is still refreshing.

Nothing else this year looked like Biomutant, and nothing was ambitious enough to even try. It’s set for release sometime in 2018, and I honestly can’t wait.