Home Read Why is a Kiss More Terrifying Than a Zombie? 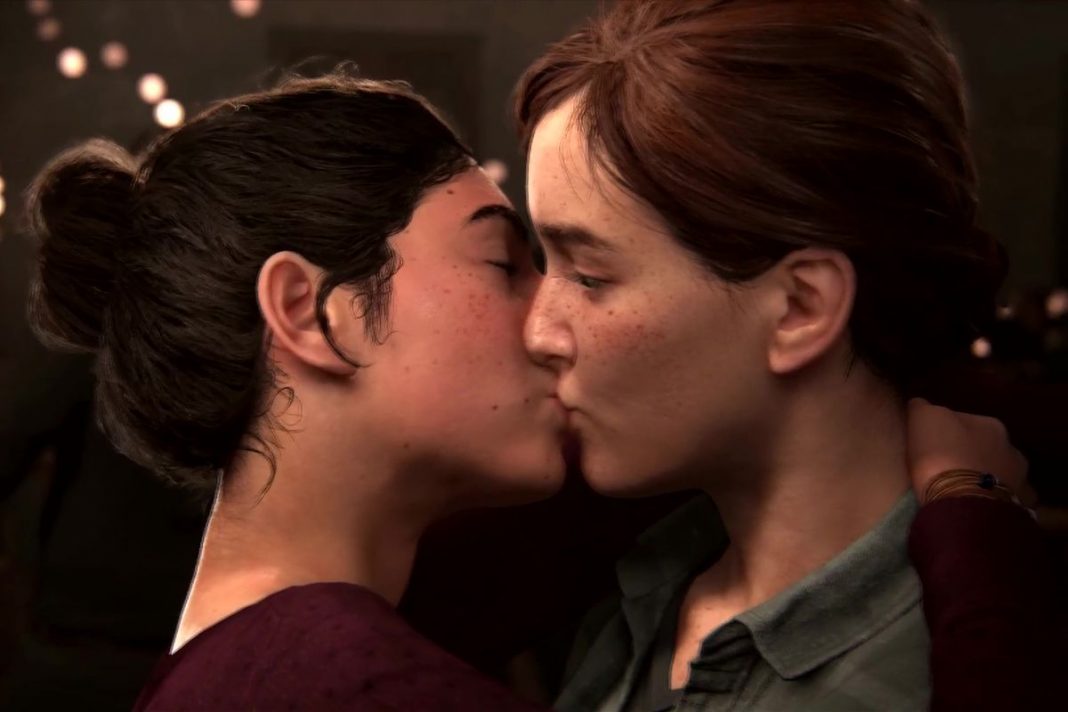 Picture the scene; you’ve just dropped cold hard cash on a new release, something you’ve been wanting to play for a while. The reviews were glowing, every trailer teased more and more information to get you worked up into a frenzy, the main character is a female, but it’s okay because she’s hot and you’re such a manly man bro gamer that you’re comfortable controlling a female avatar.

So you start playing through your new purchase, but something’s not sitting right, the story is hinting at something that you can’t quite place, then it hits you; Shock, horror the lead has been written as a gay woman. “Too far” you cry out, “how am I supposed to relate to anything in this game now, it’s so ridiculous” you say as your blood elf avatar spews fireballs all over the screen, decimating the hordes of undead lumbering towards you.

I am of course being extremely hyperbolic above, but representation in video games, and more importantly, the backlash against anything over than heteronormative, white characters as leads is beyond ridiculous. What originally spurred my interest in what exactly is ‘too far’ for the general gaming world to take as a break in realism was this tweet: 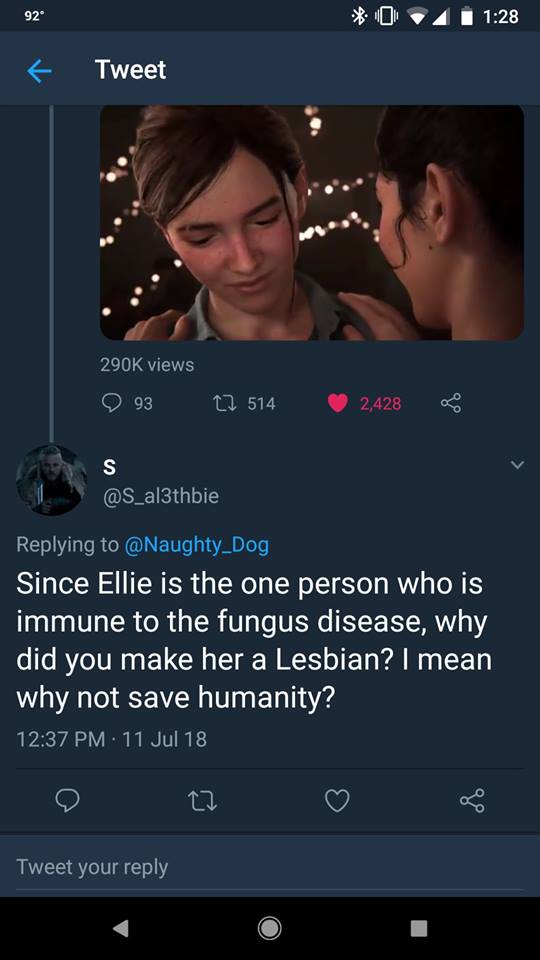 For those of you who don’t know (and I assume that’s roughly 0% of readers). The Last of Us was a 2013 action adventure game where you play Joel, a perpetually grumpy middle aged man, as he journeys through a post apocalyptic world over run by zombies (in all but name) who are transformed by a fungus, trying to bring a young girl Ellie to safety as she is seemingly immune. It’s very good, with writing creating real characters in a obviously unrealistic world.

The sequel is handing over control to Ellie, who has grown up into a complete bad ass. The first full gameplay trailer intercut scenes of extreme violence with tender moments between Ellie and her partner at a dance, they laugh, dance and talk about life, then they kiss. This is where the internet lost it’s shit.

“How dare Naughty Dog shove this SJW propaganda down our throats” they cried, “why would Ellie choose to be a lesbian and doom the human race” and other such arguments were thrown around, with people seemingly trying to justify their bigoted views behind ‘logic’.

What I want to point out to these people is the vapid nature of their complaints. You are more than happy to accept that a fungus can turn people into mindless mushroom headed zombies. You are happy to accept a character taking multiple bullet wounds, wrapping themselves in a dirty bandage and then carrying on for another 12 hours. But the second that someone challenges your world view in a tangible way you turn into a group of children screaming I don’t like it, that are more horrified at the thought of a woman loving another woman than murderous mushrooms. Think about that for a moment.

One of those two things exists, happens around the world, and the other, the other is a mushroom that makes people beat each other to death, you’re far more likely to encounter one in real life than the other.

The same people crying about Naughty Dog trying to “push an agenda”on the gaming public are the same people who apparently love the medium and want to see it thrive. Why are they so upset about a game trying to build a real world, with real people? Why is this the issue, and not games like Hatred which actively seek to destroy any good will the medium has built up over the last few years and hold it back from becoming something truly great, that isn’t embarrassing to talk about with people.

I just hope none of the people upset about this played the Left Behind DLC.