Home Read Honest Mental Health and Night in The Woods 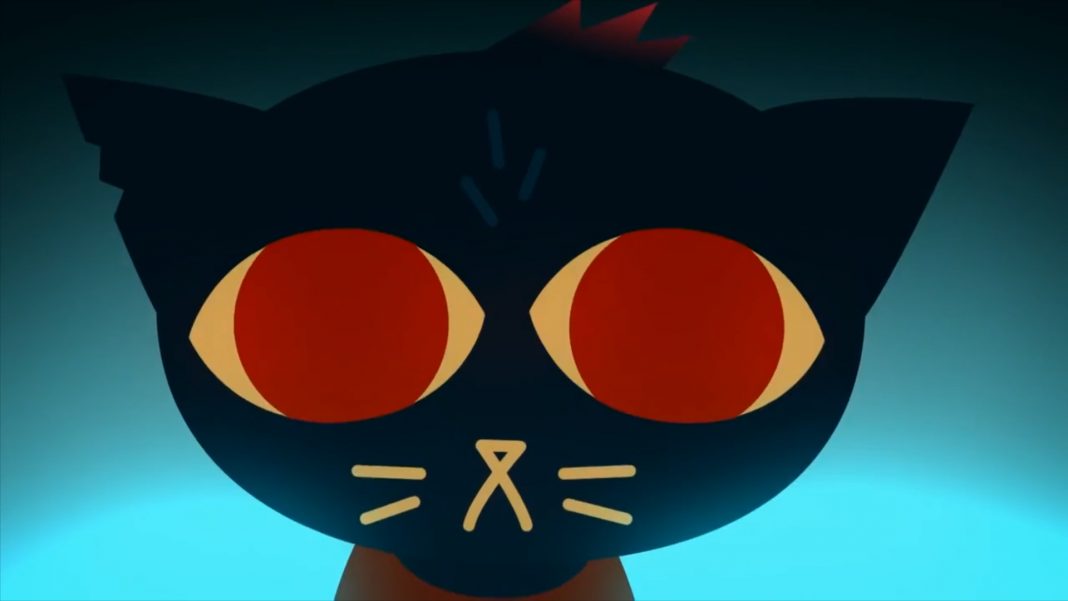 Video Games don’t have a fantastic record of depicting mental health. The increasing attention on plot focused games has shown the medium is pretty far behind. As well as fantastic LGBT representation, Night in The Woods depicts mental health in an honest and relatable way. It makes the characters seem real, while still not defined by their mental health.

The opening few chapters tease the reasons why Mae had to leave college. The focus remains on her current state and wellbeing. The biggest challenge is keeping busy throughout the day. The mini-game Demontower provides some much needed escapism for Mae, and frankly for the player too. If you’re playing the game to take your mind off of something, then you’ll likely have a twinge of recognition while playing the RPG.

Stuffing things into Mae’s day gives you the opportunity to meet everyone in town. This even includes adopting rat babies and some relaxing star gazing. This is a gameplay mechanic, but its also Mae’s coping mechanic. Anyone who has attempted to combat depression by staying distracted will recognise this.

Mismanagement of mental health is a reoccurring theme. Mae’s doctor is pretty ineffective, his best treatment is handing out a diary. This reflects the actual difficulty in accessing resources for mental health.

You hear Mae’s internal monologue while she prepares for a party. It’s a recognisable dialogue between the positive reassurance, and the internal voice of self-criticism. Viewing this kind of behaviour abstractly through a video game can help the player to think critically about their behaviour of this type. Night in The Woods works best when using its character’s themes to provoke the player to think about their own mental health.

Night in The Woods elevates the mundane, creating unique but completely relatable characters through their mental health. You gradually learn about Angus’s tragic upbringing. However, this isn’t a defining character trait and neither is his experiences of homophobia in a small town. These aspects do not define the character, any more than they would define a real person.

Gregg is one of the more complex characters. It’s heavily implied that he has some form of bi-polar, but this is left unsaid. Gregg clearly has a handle on his disorder. This doesn’t reduce the impact, but it shows how these issues are just a part of everyday life.

Bea has coped after her mum’s death. Although it’s clear her new role in the family has taken a toll. Bea and Mae’s repaired friendship shows acceptance of each others respective problems. Touches like this keep your overall experience a positive one.

Moving On From The Past

You gradually build up a picture of Mae’s depression and anxiety, that she’s let down people’s expectations. The impact of this on her sense of self-worth can be difficult to watch if you’ve experienced this yourself. It is an honest depiction.

Mae later opens up entirely to whichever friend you chose to bond with more. (I went for Gregg, for his Muppet arms and doing crimes) The player learns that she likely has a disassociation disorder. Mae was labelled with anger problems instead of being treated.  This makes her an outcast in a small community.

This detail explains the struggles she’s had in the past, but doesn’t diminish her current depression. Night in The Woods specifically excels at accepting that mental health issues are a common part of life. Its cast of loveable characters are not where any of them want to be in life. This can help the player feel more at ease with similar feelings.

As a reflection of a millennial experience, Night in The Woods is brave for it’s admittance that mental health is a key part of life and mental wellbeing affects everything. This doesn’t define the plot and the characters are individual people outside of these struggles.