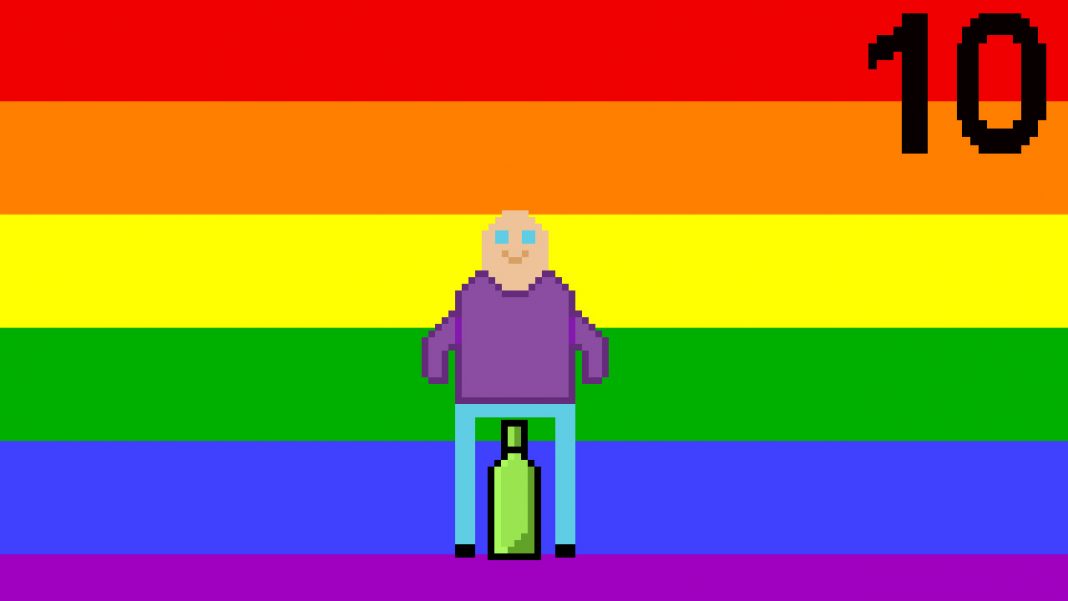 Steam has been on a long decline ever since the good intentioned Greenlight program. A program that failed due to having no form of moderation aside from a voting system to approve games. In their attempt to fix this issue they made Steam Direct, so that if you want to get published all you have to do is have a cool Benjamin in your pocket. This of course takes all human interaction out the approval process and results in games like Gay World being allowed on the storefront.

In Gay World you are a cop in a future world where the majority of people are gay. As this cop it’s your job to arrest individuals for being straight and send them off to prison camps to be reconditioned into being straight. The method, forced sodomy. Based on the writing and design the game tries to pass itself off as satire or as something for gay people to enjoy. 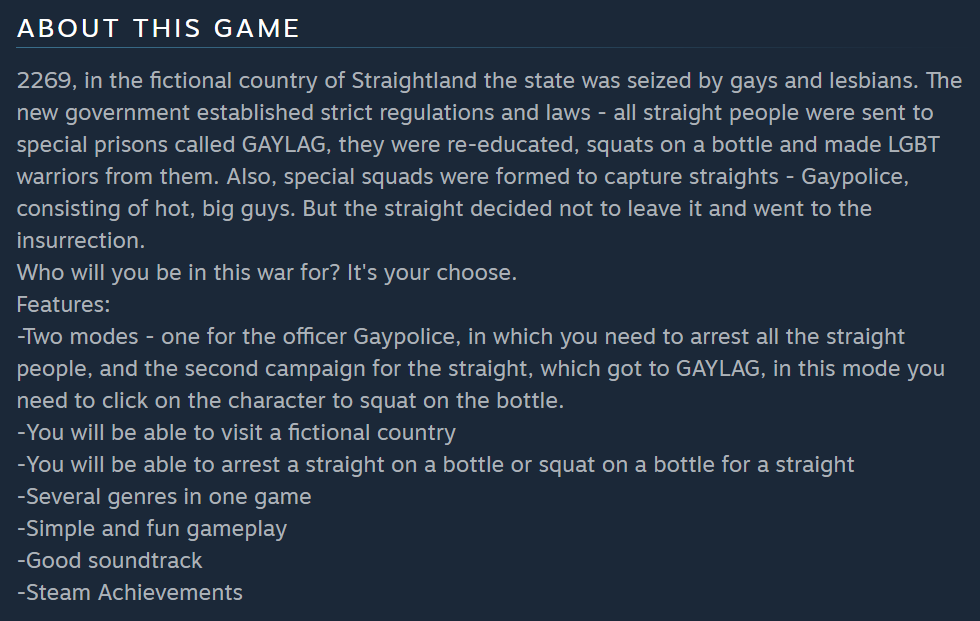 This of course is disgusting in a lot of different ways. For one it completely glances over the issues of this scenario as it did actually happen to gay people by straight oppressors. Specifically, gay to straight conversion camps where they would try to recondition gay, trans, or any LGBTQIA folk into being cisgender or heterosexual. In ways similar to the game or worse. I can’t recommend reading about it, it’s disgusting that anyone would be forced to go through that.

The developer chooses to ignore these acts and say that victims would do the same given the opportunity. Unknowingly the creator admits that privilege is a thing and that currently LGBT people do not have as much power and if they did, they’d abuse it. 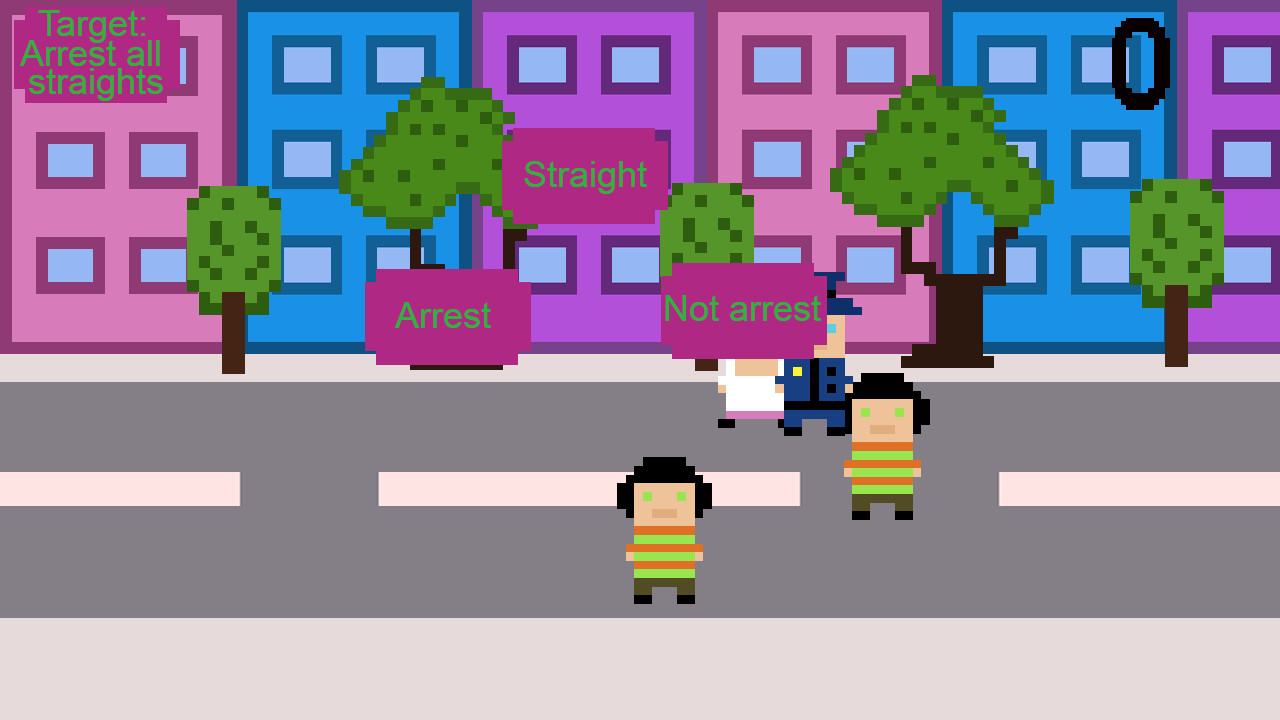 Honestly, I can’t think of a more literal definition of homophobia than this. It’s a game about the fear of gay people one day making heterosexuality illegal. It encourages people to fear this outcome, and expresses that being gay is something to avoid. It’s an actual fear of gay people, and the aversion.

Looking at screens you’re probably thinking “It’s not that bad, it’s all sprite art”. It’s the message the game has. The art and writing is just a means to get it passed off as “satire”.  If it’s not realistic people treat it with a lighter touch and if you take it seriously people make fun of you for overreacting. Attempted humor like this is just a bubble to practice ideas without being judged.

This game being on Steam is something that shouldn’t be ignored and Valve needs to take this as a big hint that they need REAL human intervention with publishing games.

Knowing what you do now, do you think this is OK? Should something that says “Don’t spread hate about straight people” be allowed to spread hate about gay people? I can’t think of much worse than saying victims would do the same given the chance.